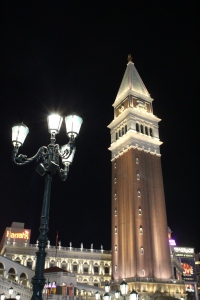 That was click-bait. I wanted to title this, “What Happens in Vegas Does Not Stay in Vegas” but that sounded like an STD ad more than anything.

The other weekend I took a group trip to Las Vegas, Nevada. Home of casinos, strippers, buffets, scorching heat, everything I expected to be experienced was experienced. In this group trip I had the opportunity to fifth wheel with my friend and her husband, along with a mutual friend and her boyfriend. So naturally when we got to the hotel, I was on the couch. Which wouldn’t have been bad if I was provided with blankets and spare pillow. Let’s call my friend Katie and our mutual friend Hannah.

Before I begin talking about our trip, let me tell you about the stress I was undergoing beforehand. I was fuming from the stress of work around 3pm when my group and I were informed that on the day of our vacation, our Airbnb host had canceled our reservations. I knew something was off the moment I saw that the designated address was at a Starbucks and not a condo. My concerns were dismissed early on by the others. Saying “I told you so,” was no good at this point. Our flight left at 7:44pm so we had about 4 hours’ worth of panicking to do. Frantic, I began searching for hotels at a similar price point along the strip that could accommodate 5 people. Katie and her husband had yet to pack while Hannah was trying to get in contact with Airbnb support.

The support was useless. They “helped” us book another Airbnb 5 miles from the strip with 51 dollars’ worth of reimbursement for our troubles. When we all met up at the airport, Hannah informed us the weird conversation that took place when our Airbnb canceled. The Host had called Hannah up and began blurting out nonsense about the economy and how it’s hard and the politics of having to own property that you were hosting. From what Hannah could gather, it sounded like the supposed Host did not actually own the property. Right before the plane took off, as we were seated, Katie’s husband booked a 5 person suite on his phone. We went to bed early that night.

The following day was like any normal Vegas trip, sightseeing the Bellagio, Paris, and honestly any casino along the strip. I also learned how to play craps where I lost 30 dollars and stormed off to play the slots. WHICH, I would like to say, is nothing like what I expected. In Friends, Phoebe was playing the slots with just pennies and pulling the lever, waiting to hit the jackpot. In reality, most people just press the “Play” button on the machine and you start by betting like 40 cents. Not a penny, but 40 cents. After wasting a dollar after two plays I was immediately bored and unsatisfied. For the remainder of the trip, I would see people put 100s in these slots and continuously press play until they ran out of money. What sick game is this?

Along The Strip, Katie, Hannah, and I came across several promoters. These promoters would pick younger people out of the crowd to tell them about some night club in one of the hotels with free entry or free drinks for women. We were sold. We went back to the hotel early to freshen up for the night at a club where some popular DJ was playing and… we fell asleep at 8:30pm. The guys came back to the hotel with drinks, only to find all the girls had already passed out.

Sunday was the day I had the expected Vegas experience. Girls’ night. We put on our longest dresses and headed out in heels to see first-hand what all our mothers’ talk about, Chippendales. Which is not spelled ‘Chip n’ Dale’ like the cartoon, I just realized. Also explains why when I searched for them online, I kept getting the cartoon rodents. ANYWAYS. Hannah, Katie, and I were seated at a small table and cheered as the curtains opened. I was shocked. I guess up to this point I didn’t know what strippers did exactly. I imagined it would be less intense than Magic Mike, a movie with a terrible plot. I was wrong. These men had no shame.

I immediately scooted myself further from the aisle and against the table. Men ran down the aisle and one guy had the audacity to begin thrusting his hips at an older lady. I gawked. The dancing was also nothing like Channing Tatum’s, as they danced with less enthusiasm. As the dancers turned around to moon the audience, my face was red. Thank god tickets were 39 dollars on Sundays. Katie was eventually brought on stage where she laughed and uncomfortably shifted in her seat as the men danced around her. At the very end of their act, Katie was flashed by one of the dancers. She immediately looked away. I died in my seat. Call us young and naive, but I had no idea what to expect.

We left laughing and set out to our next big event, a pool party. At the Wynn, there is an outside pool where we had to wait in line to enter. My tiny hand sanitizer bottle, that passed airport security, was a no-go for the security officials at the pool. Clearly I was trying to smuggle in alcohol in a 1 fluid ounce hand sanitizer bottle. The event was free entry for VIPs – the VIPs being people who reserved their name online. Therefore, that makes us Very Important People. Here’s the catch, the drinks, however, were 20 freaking dollars. Luckily I don’t drink much because TWENTY DOLLARS for ONE DRINK is out of my budget. Call me cheap, bottom shelf vodka overpriced is not the type of person I am.

Sipping on our drinks, my friends and I talked to various people. Quite a bit of the night we talked with a group from South Africa that was visiting America for the month to give lectures. When asked what our home state was known for, we were silent.

Hannah: “We have good financial companies.”

Me: “Oh, and human trafficking.”

Really repping my state right now. At one point I learned that the hotel lobby had a giant bear statue. Eager to find this giant gummy bear statue, I left my friends with the South Africans to explore the lobby. For 10 minutes. In a span of 10 minutes, my friends managed to talk to a Bachelor party in the hot tub and join their table. I also did NOT find this bear statue I was very eager to see. As I headed back to find them, I see these texts:

… I know I’m Asian. I know Katie gets confused as part Asian. But we collectively, as a group, are not Asians, albeit racially ambiguous but not Asians.

I found my friends talking to a group of people at a table. I was offered a drink, which I declined. They had everything, bottle service looked nice. Though it was $1000 according to the waitress. I was struggling to connect the dots. I tried making conversation with the group and started off by asking if they were Korean. They were not. Turns out they were all Vietnamese and were childhood friends from California. I had half a mind to scold Hannah later for this. Her freaking boyfriend was Vietnamese. They asked if I was Italian. No, no I am not. The rest of the night was straight out of a movie. We cheered as Alesso DJ’ed. We jumped up and down in the pool. I got covered in gold confetti and had to be unraveled. We tipped over floats. We started a riot. The usual. There was actually no riot, but all night I had a problem. I was struggling to understand.

Katie clearly had a wedding ring on her hand. Why us? I kept asking the connection and would start giggling in hysterics. Nothing was adding up. The following morning Hannah explained everything to me. The group of guys wanted to celebrate their Bachelor party with a group. They saw Hannah and Katie were the most conservatively dressed at the party and started talking to them and just wanted to hang out. Early on they knew about Hannah being in a relationship as well.

During the party another mystery was who these people were. One guy introduced himself and his friends told me he was a gigolo hired to be their friend. This is how my conversation with the “Gigolo” went down.

Me: You’re a gigolo?

Gigolo: No, I’m not! Unless that’s what people paying me for sex means

Me: That’s a gigolo…

They also tried convincing Hannah that they were all part of the mob. Several more minutes of talking and I found out the Gigolo was joking and was actually in love with another friend of his at the party. They both had started a company together. It was romantic. Or so I thought until he asked me.

Me: Eww no, you’re not even attracted to women.

Not Gigolo: Please? That way he’ll say yes and all you have to do is watch.

Not Gigolo: All you have to do is watch!

Luckily the bar was closing then, at 4 am in the morning. I was done with this conversation and desperately needed coffee. The girls and I called an Uber to head back to our hotel. I was ready to go to bed until we realized the Uber couldn’t get to us. 30+ minutes of walking around trying to find our Uber at the early hours of the morning with our dresses was not a good look. My feet were blistered and covered in dirt as I opted to take off my heels. I was a bit done with that night. I had felt violated watching male strippers, had an overpriced drink at a pool party, was asked to join a threesome only to watch (?) and was walking around The Strip in the early hours of the morning.

By the time we reached our hotel, it was almost 7. 4 hours of sleep later, the girls and I were telling the guys all about our night.

Hannah: We hung out with a group of guys and they were in the mafia!

Me: They weren’t in the mafia, they told me –

Katie: I agree with whoever said they all have wives back home so they weren’t trying to go too crazy.

Me: The guy I was talking to –

Me: No, he was just gay and in love

Katie: I don’t think he was gay, I think he liked you

Me: He liked his friend

Hannah: I think they were part of the mafia, they kept coordinating different stories

I guess being part of some Vietnamese mafia does sound cooler. Also, for those of you wondering about the bear statue. We went back to the Wynn and found the bear statue. I was pretty disappointed to find out it was not a giant gummy bear – a conclusion I drew in my head when people said bear statue. The rest of our trip remained uneventful, though when I tell people the story, it will be very different. It will involve a high stakes game of craps where we lost thousands. Girls’ night was a show where afterwards the male dancers were smitten with us and begged us to stay. Dinner we dined at Joel Robuchon then went to an elite club as VIP members where we made friends with members of the mafia. Their gigolo friend is actually a gigolo that is the male equivalent of a high class escort. The gold confetti was actual gold. The drinks were STILL 20 DOLLARS BECAUSE THAT’S A LOT. “All in all, an average night,” I’d say to modestly end my story.